The bourrée is the signature dance of Musique Traditionnelle du Centre France. This isn’t the baroque bourrée of Bach and his suites, and it’s not the jazzy bourrée of Jethro Tull. The bourrée of the Massif Central is a thing about to erupt. It is chaos imminent. Two lines face each other, and seem ever on the verge of colliding. When I took an accordion lesson some years ago, Quebecois multi-instrumentalist Daniel Thonon told me, “The bourrée is a crazy dance! Crazy!”

Here’s a set with a 3/8 bourrée followed by a very fast waltz performed by me in my living room. The waltze I learned from a La Chavannée tape, Cotillon, about ten years ago. The bourrée is in the Massif Central Tune Book (OP) compiled by Mel Stevens. I should mention that for years I have lived under the impression that the waltz I play here was, in fact, a bourrée. Thanks to Chris Ryall at Melodeon.net for disabusing me of that notion. I’m not sure why I thought it was a bourrée, since my sources all list it as a waltz, but there you go. 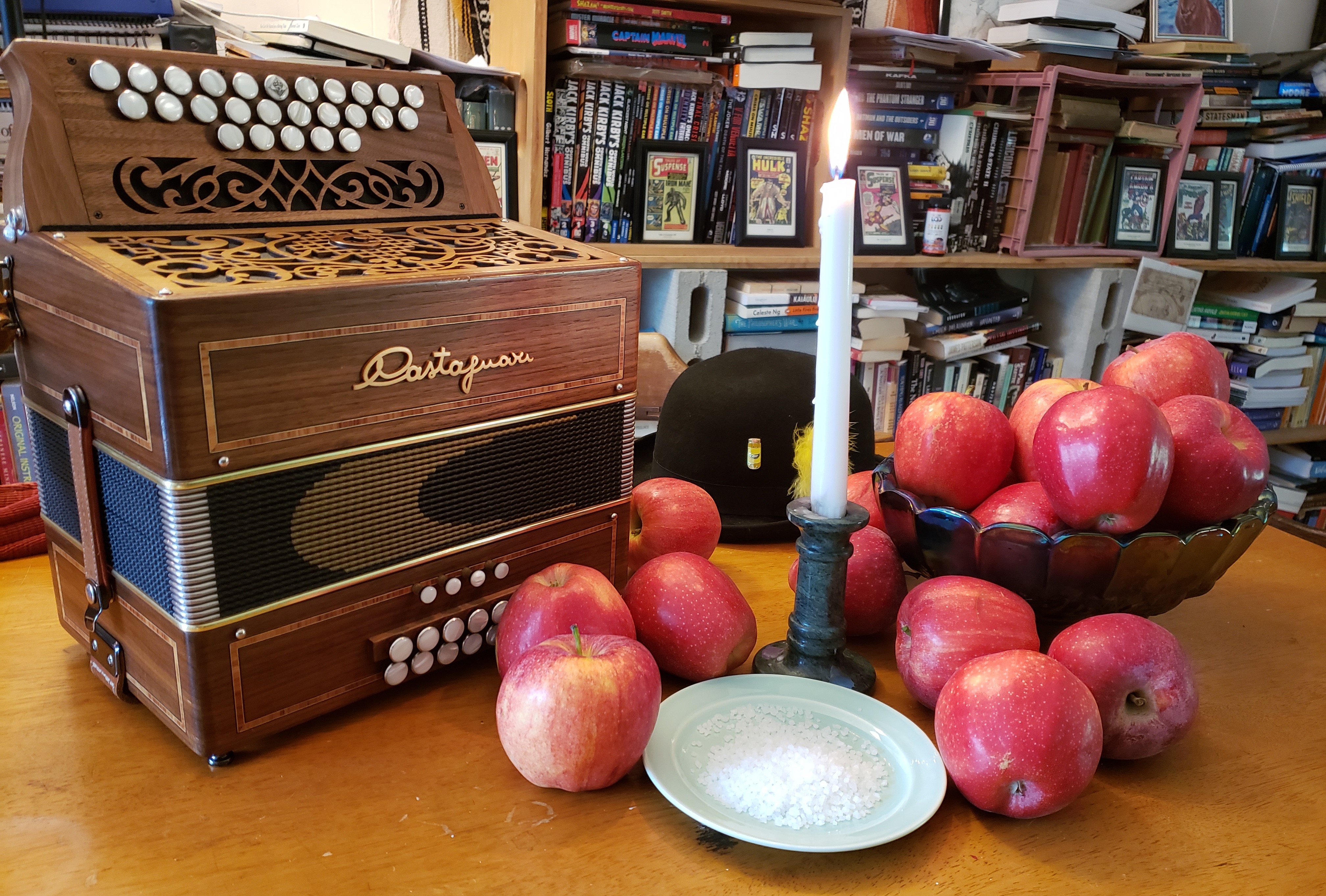