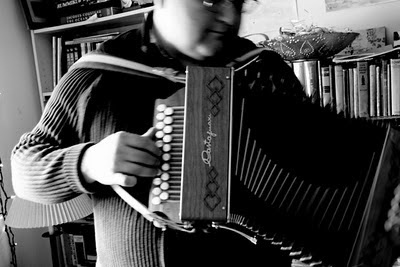 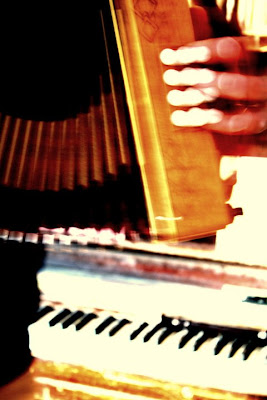 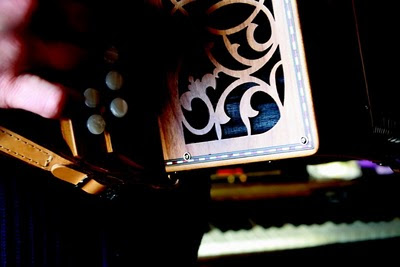 So I got it. Officially. Paid for and everything. Had to sell two other accordions and Fender Telecaster with amp. Worth every cent. Don’t expect an objective review. Rather, expect a panegyric, an encomium, an elaborate laudation. I have brought the Castagnari Nik home. Paid for it. Begun getting to know it. What a ridiculously effortless ease-of-play it has! Brigid has taken some pictures. Happy.


Happy! Don’t want to appear materialistic. Acquiring this thing, being happy. But I am. The sounds that come out of the Castagnari Nik. These sounds will improve my quality of life. Unfortunately, I don’t have the recording savvy to create a document that will truly communicate how wonderfully sonorous the Nik is. I will be going into a recording studio this summer. Here are two videos I shot, recently.


The first is a classic French Waltz, Belle Bergére (“Beautiful Shepherdess”). The left hand sounds a little honky on the YouTube. Sounds better in person.

The second video is another rendition of The Cheshire Waltz. I wasn’t very happy with the version I shot on the Saltarelle, and then a colleague said, “Bet that would sound great on your Nik.” And it does.

Is it the last accordion I’ll ever buy? That’s a beacon of grail shaped dimensions. This two-row, G/C, MM, no-stops box? This simple accordion … with it’s sweet sound and exquisite, unbelievable touch? Let’s just say, if it were the last accordion I ever bought, I’d be quite okay.

Over at Gumshoe Arcana, Monk has written an excellent and brief comprehensive explanation of how the reed blocks in an accordion work.  Very clear!  Check it out.

In 2004, my wife, Bethany, and I were given the gift of a trip to Alsace, France, to visit my accordion teacher, Sylvain Piron, his wife, storyteller Catherine Piron-Paira, and their family. I wrote the following shortly after the trip. It appeared some time later in Wolf Moon Journal, a local Maine literary magazine. I present it here in installments over the next few months.
read Part One
One thing you need to understand about Bethany and me is that we aren’t ambitious travelers. This is not because we’re indifferent to the charms of a place, but because we’re so easily charmed. The morning of our arrival in Alsace, Bethany woke me up at six, saying, “Darling, come see where we are!” Then she took me on a tour of the backyard, pointing out the unfamiliar flora, taking pictures of the primroses and azaleas. We were amazed.Vive la difference! Admittedly, Bethany does have the gardening bug, but it still goes to show, I think, that we know how to enjoy a place without putting forth a vast amount of “tourist” effort. Our days were most decidedly not packed, and that was just the way we liked it.
Over the week, we wandered no further than Strasbourg and spent most of our time in the area directly surrounding Saverne. We saw the Chateau de Haut-Barr in Saverne, the well-kept chapels, and the walking trails. Even the fabled French gastronomical experience we approached lackadaisically — not without care, mind you, but without urgency. Catherine and Sylvain made every meal for us but one. The fair was simple and abundant, with many breads, cheeses, sausages, and wines. One morning we went to a shop, bought sausage, and mailed it to ourselves back home. Another morning Catherine’s father called and told us that we could see some fifteenth-century tapestries if we made it to a particular chapel before 11:00am.  We did, and were delighted both by the tapestries and the docent’s stories.

Every day had a nap. These were essential. Siestas are evidence of the highest level of civilization, but they are especially necessary when you’re going to be staying up to all hours. After the sun went down, more wine would be poured, the cheese board brought out, and the accordions taken up. The days were undemanding joys, the nights mild, accordion-accompanied bacchanalia. If this wasn’t the good life, then the phrase had no meaning.

It is with envy that I follow the Pique-diatonique, an occasional gathering of diatoniste and their closest allies in Alsace, France. My friends, Sylvain Piron and Catherine Piron-Paira, are regular attenders, as are many of the players I met while in France. This year’s event takes place on May 29, in the village of Dahlenheim, near Strasbourg.


For those of us unable to attend, I want to suggest that we create a new holiday — Pique-diatonique Day. On May 29, the diatonic diaspora will join in spirit and music with the Pique-diatoniste. Either alone or in groups, gather with baskets, sausage, cheese, and wine (gewürztraminer?), and play a few tunes from the Pique-diatonique Tunebook, Le petit bréviaire du diatoniste d’Alsace et d’ailleurs (clicking gets you to the tunebook). The tunes are given as sheet music, and accordion tab. There are a good number of Alsatian tunes, but most come from all over France, including Brittany. Given time, I’m sure that we, les absents, can come up with other traditions to celebrate our Alsatian brethren and sisteren. Something with storks?

In comments on the Accordion Workshop post, the inquisitive TomB wrote:


The most striking thing to me about these photos is just how much metal is inside these instruments. Has that always been the case?


Building materials are not my forte, so I asked my buddy, Andy from Vermont. In very quick order, he replied:

My Melodie has nylon (possibly Delrin) button levers, copper pallet rods, and wooden pallets.  Your Nik has wooden button levers, and probably aluminum pallet rods.  You can check under the grille and see whether the pallets themselves are wooden or metal. [I checked and they are wood. GC] I’ve seen some old bandoneons with wooden pallet rods. The only modern button accordion that I’ve seen (in pictures only) with wood pallet rods is a model made by a French builder, Stephan Le Lan.

An advantage of metal is stability despite humidity changes. If pallet rods shrink or expand, the result can pull the pallets away from the action board, which would result in air leaks and reeds that sound even when the button isn’t depressed.


Thank you, Andy from Vermont!

The tune is “Le Roulier,” a traditional piece that I first heard on Frédéric Paris’ Carnet de Bal. The images are photos taken by my daughter, Brigid.

Off topic from the usual French stuff, the Melodeon.net Theme of the Month is music from Scotland. I’ve loved harper Robin Williamson for years. This tune, “Lady Cassili’s Lilt,” is on Williamson’s Legacy of the Scottish Harpers.

UPDATE: A listener over on Melodeon.net supplied the following information  “Lady Cassilis’ Lilt” is a very old tune (she died in 1642) and was used for the ballad Johnny Faa and the Earl of Cassillis’ Lady, the origin of Gypsy Davy/Gypsy Laddie/Gypsy Rover. It’s most commonly heard nowadays as the tune for the Jacobite song “Wae’s Me for Prince Chairlie.” 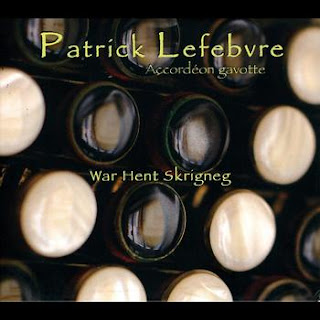 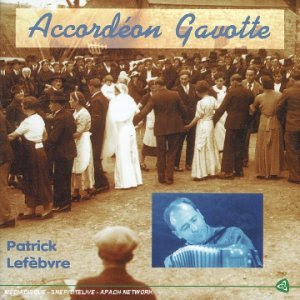