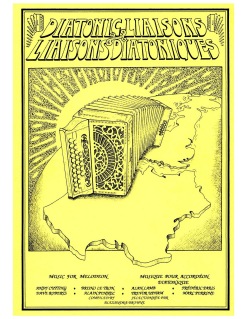 Going through Diatonic Liaisons it seemed to me there must be quite the story behind its compilation. So I e-mailed a few questions to Alexandra Browne which she graciously answered. If you’re interested in getting a copy of Diatonique Liaisons, e-mail Alexandra at alexandra.browne6@btinternet.com.

2 thoughts on “An Interview with Alexandra Browne”