This past week I picked up Tiny, who had undergone repair, and then went to stay at my sister’s for a day or two. Her place has great sound and is very dramatic. She’s got a chifferobe (portmanteau of “chiffonier” and “wardrobe” — Fun Fact Gary!) that has quite a character. I shot two pieces in its vicinity. The first is Wim Poesen’s amazing Wals vor Polle.

The second is Mazurka de Comptoir

Notice how much the Chifferobe contributes. That there is a piece of furniture! My sister says I look too serious. They don’t know about accordion face, these civilians. Any accordionistx would know that I am brimming with joy in both of these.

Hello, all, I’ve been silent on the blog for some months, and I don’t necessarily apologize for it. We all go through periods like this. I’ve been keeping this blog since 2011 and the depth of my passion has not dwindled a bit, even if my volubility has. Here are some things. 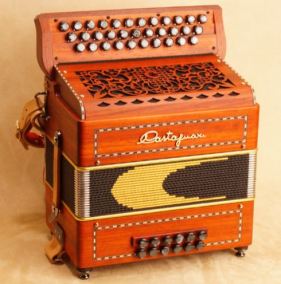 Yesterday, I swung by the Button Box because my Concertino organetto had sticking keys. It wasn’t always the same keys, but there were always some keys sticking on that thing. I do some work out in Western Mass, and took the opportunity to visit. While there I tried an amazing beauty of a Castagnari Benny (G/C/Acc), a thing of beauty, a wonder to behold. And so damn light! I played a bunch on it and left it behind, grateful for the chance to touch it. While there I also picked up to Irish music CDs. 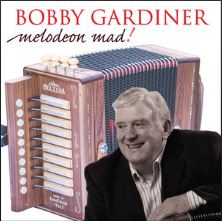 It was an unusual move for me! The jigs and reels have plenty of representation in my life, and you may have noticed that this blog is devoted to French-ish music of an accordion sort. And yet … I have developed an obsession with Irish melodeonists, which, in this context, means players of Irish music on the one-row box. I’ve loved this sort of thing since I heard Tom Doherty’s Catch the Bull by the Horns, CD, back in the 90s. Lately, I’ve been stalking Dave Munnelly’s YouTube page, and then saw reference to Bobby Gardiner — the doyen of the D row — and saw each of them with a CD for sale at the Button Box.

Because Maine isn’t cold and wind blasted enough in February, last week I took a trip to Newfoundland, which has an amazing button accordion tradition (you don’t need me to tell you that). I went to the legendary O’Brien’s Music Store. Tried the boxes and talked to the folks. It was a good time! Looking forward to going back. That night — sans box — we went to Erin’s Pub, where a storytelling circle was being held (Newfoundland!! Amirite??). I got up and sang a thing. No accordions involved, but a good story song.

On March 30, I’ll be playing with my quintet Nouveau Chapeau at the Down East Country Dance Festival, which is mostly contra-dancing but has lots of other stuff going on, like the Bal Folk session that we’re playing for. That’s in Topsham, Maine.

On March 31, my trio, Le Bon Truc will be playing the inaugural concert of the Crockerbox House Concert series in Hallowell, Maine.