Part Two (see Part One and Part Three)
Sylvain Piron continues his conversation as it ranges over a number of topics: instruments, song, and Alsace.
At the end of Part One, Piron was playing inexpensive button boxes. When I met him in 1998, he had a wonderful 2.5 row Salterelle. The new instrument made a difference.
About instruments: getting the Saltarelle Pastourelle III was really a big step for my playing. It was the first accordion of quality I ever touched, with a large range of possibilities of sound and notes. I should have bought such instruments much before 1995. When beginners ask me for advice about buying an diatonic I would always advise a good quality instrument, even if a bit more expensive, you will immediately get good sensations which is incentive for improving. And if at the end of the day, the accordion is not for you, you will always resell it better.
When my wife and I visited Piron and Catherine in 2004, Sylvain had three Castagnari accordions, a Benny (tuned G/C/acc) and a Tommy (D/G) and a Giordy (G/C).

I am a Castagnari man! Yes! The first reason is the sound, the second the weight of the Benny, Tommy (and Giordy!). I like the sound of these accordions and their flexibility, their very light weight helps to get punchy attacks of the notes and allow you to use a lot push and pull which is the strength of diatonics.
He also plays many other instruments.

Sylvain: I started to play diatonique during the holidays of 1977 near Saint-Malo in Brittany. My [first] wife had been offered a Hohner 2915 few years before. It was sleeping in our flat, waiting to be played. My wife was a violinist and had learned two or three tunes on the 2915, not more. We took it with us, as I had the idea to take profit of holidays to give it a try. Within two days I was able to play 2 or 3 tunes, not very well but already danceable! I remember having started my playing with “En avant blonde,” a famous waltz played on record by Marc Perronne at this time. Since that, even if I had some periods where I played less, I never really stopped playing. 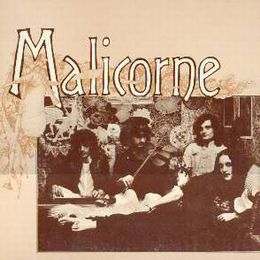 The traditional music movement (called musique folk), at this time was led by groups like Mélusine, la Bamboche and Malicorne — all coming from the revival movement born after May 68. In Alsace there was Le folk de la rue des Dentelles, a famous group who started to reintroduce old forgotten tunes and dances. At this time there were two generations of diatonists, the elders being more than 60 years old, people who used to play in villages. They usually had big and heavy 3 row Hohners. The second generation was young, like me at this time, people of the revival movement. We did not have a lot of relationships with these old players as their style and repertoire were not really the same. Most of them (in my regions, Normandy and Alsace at least) played musette style or songs of the beginning of 20th century. We, the youngest, were much more interested by older  musics, collected in the 19th century for most of them. We were very few diatonists at this time, maybe less than 5 in Alsace and a few tens in France.
<!– /* Font Definitions */ @font-face {font-family:Geneva; panose-1:2 11 5 3 3 4 4 4 2 4; mso-font-charset:0; mso-generic-font-family:auto; mso-font-pitch:variable; mso-font-signature:3 0 0 0 1 0;} @font-face {font-family:Cambria; panose-1:0 0 0 0 0 0 0 0 0 0; mso-font-alt:"Times New Roman"; mso-font-charset:77; mso-generic-font-family:roman; mso-font-format:other; mso-font-pitch:auto; mso-font-signature:3 0 0 0 1 0;} /* Style Definitions */ p.MsoNormal, li.MsoNormal, div.MsoNormal {mso-style-parent:""; margin-top:0in; margin-right:0in; margin-bottom:10.0pt; margin-left:0in; mso-pagination:widow-orphan; font-size:12.0pt; font-family:"Times New Roman"; mso-ascii-font-family:Cambria; mso-ascii-theme-font:minor-latin; mso-fareast-font-family:Cambria; mso-fareast-theme-font:minor-latin; mso-hansi-font-family:Cambria; mso-hansi-theme-font:minor-latin; mso-bidi-font-family:"Times New Roman"; mso-bidi-theme-font:minor-bidi;} @page Section1 {size:8.5in 11.0in; margin:1.0in 1.25in 1.0in 1.25in; mso-header-margin:.5in; mso-footer-margin:.5in; mso-paper-source:0;} div.Section1 {page:Section1;}

What was your repertoire at the time?
The first tunes I tried to play were from Centre France and Alsace. As I said before, it took me a short time to begin to play, but a long time to play correctly! That is a strong point of this instrument: you can get a result rather fast, faster than with violin or bagpipe or hurdy-gurdy. Even so, you have to work a lot to get a good feeling, a right tempo, a light bellow squeeze, a soft touch, in one word: a good sound!
As my technique on accordion was improving I began to play with Heidi (my wife at this time) who is a good violinist. We began to play at friends’ parties, and also in the pedestrian streets of Strasbourg, with Pascal, a friend violinist as well. I enjoyed a lot to play like that and to, sometimes, make people dance in the streets. We played mainly Massif Central, Alsace and Breton and Irish tunes but our choices were based on music and not on dance at this time.
Dance is central to what you do, now.  When did you start focusing on that?
In the late 80s I began to play from time to time in small bals organized by the school of my children. But it remained a bit confidential and not really open to public. In the late 90s I founded a group with two friends, Raymond Frank and Charles Gonfalone, the group was named “les Abandonnés” in double reference to a Cajun song by Moïse Robin and to the fact that we were all alone, “abandonnés,” without any girl friends around us at this time. My involvement in music for dancing increased a lot when I met Catherine, and when we started a dance workshop ten years ago. In fact, I started to lead the bal in a more official way at that time, rather late in my practice of accordion.

My attraction for traditional music and dances was in fact very old. When I was about 15, we founded in my village in Normandy, a group to do folkloric regional dances. It was for showing on stage, not for the bal. But that experience was very positive, and I discovered the richness of our heritage. That probably influenced me in the choices I made later.

You mentioned other players around at the time. Who were your primary influences?
When I started to play accordion Marc Perrone became rapidly a reference for me. He was at the origin of the diato revival and his style fascinated me: light, délicate, subtle, fits to the dance, not too fast, with a very sensitive touch. The result is a very expressive music which drives you in a delicious mood. Marc’s play is transparent, and his personality is that of a very generous man and musician. Very few musicians have this generosity, a fundamental quality for a musician.
Marc often tells the funny story of having gone in the 70s to Paul Beuscher music shop in Paris (close to Place de la Bastille), and, having asked — “What is this instrument on the top of the shelf?” — he was told, “Accordéon diatonique, but nobody knows how it is played.” Marc tried and immediately bought it and learned it within a few days.
I had a similar experience around eight years after in the same shop — this would be the end of the 70s. I went there to buy my own accordion after having started on my wife’s. Eight years later, diatonic was still not known … The guy in the shop was surprised by my interest for that thing. There was only one choice: a Pier Maria in D/G. I was not aware of tonality differences at this time. I bought it, 2000 francs ($400). Back home I saw that its tonality was totally different than Heidi’s one in C/F actually.  The Pier Maria stayed again for a while on shelf … It is several years later, as I was more familiar with singing and playing, that I discovered that D/G tonality was very suitable for my voice.
Part Two is here! Part Three is here! To read more about my 2004 visit with Sylvain Piron and his family in Alsace, go here.
August 21, 2012 0

This video features amazing playing from diatonist Jac Lavergne, in duet with cabrette player, Sandrine Lagreulet. Nearly a year and half ago, I wrote a tribute to Jac Lavergne, box player and guiding spirit of the Compagnie Léon Larchet. Among his many projects are the Musikadansé duets with Langreulet, filled with “bourrées d’Auvergne, Cercle circassien, scottish, valse, marche, mazurka ou encore polka.” A stunning video, just thrilling! A clinic for any box player who wants to play with a devastating left hand and a rock solid rhythm.

This image was posted by Terry Pratchett on Facebook. For the record, I don’t have an accordéon problem. When I play accordéon, there is no problem.  Also … I can quit whenever I want.

This waltz, played by Marc Perrone on one of his early recordings, has been a standard since the mid-70s. I recorded it for the mel.net Theme of the Month, which, for August 2012, is waltzes.

UPDATE: Originally, I said the tune was written by Perrone. It wasn’t.